It has happened again. Eliah and Lucas were playing downstairs quietly. Too quietly. I noticed the iPods (gifts from Santa) were missing from the kitchen counter where we’ve asked them to keep the devices. Were they sneaking some extra video game time…again? We’d been through this just last week. And the week before. First the sneaking, then the lying. Surely they’d learned their lesson after just having been cut off from any video game for the better part of the week? I performed the “loud and fast

approach.” I sprinted down the stairs and found them together in the furthest room, fumbling around with their Skylander figures (the latest brilliantly marketed toy obsession tie-in to a video game).

“What are you guys doing?” I asked.

“Nothing much. Just playing,” they mumbled.

“Where are your iPods?”

Almost immediately, I saw Eliah’s iPod across the other side of the bed where he’d thrown it when he heard me coming.

He slowly pulled it out from underneath the covers. 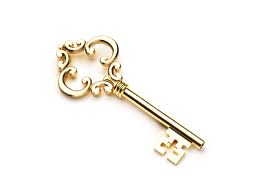 Wouldn’t it be great if a parent could actually discover the Golden Key, unlock the secret Golden Door, slay the boss, and forever dispel of the addictive nature of video games for their kids? As a parent, you can see these things coming from a long way off, and other than running to extremes and moving to a farm, cutting off the TV, raising your own livestock and homeschooling (this is considered extreme now), and killing their chance for normal social assimilation, is there any escaping the dragon’s smoldering breath?

It became clear years ago for Eliah–now nine–that there had to be a clear and consistent structure. When he was just six, we made a rule that for every half-hour spent playing a video game, you have to spend a half-hour reading or playing the piano or drawing or writing or something that engages a different part of your mind in a developmental way. I thought I would never have to worry about “screen time” again. In fact, I reasoned, his drive to play video games would serve to develop these other skills and developmental activities.

Instead, it led to a reluctant engagement with all other activities in the rush to get back to his next video engagement. It was the only thing he actually wanted to do. Everything else was obligation and impediments. And think of how complicated it is just keeping up with all this monitoring of time! They’re not going to do it themselves. 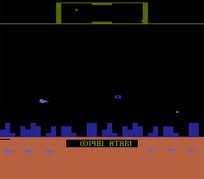 It’s not that everything related to video games is bad. It’s not. Man, I remember playing Atari’s Defender one Saturday morning while my friends gathered around and watched me flip the score twice. (That was about all the reward you got in those days. You flipped the score. Woo hoo.) My mom finally had to shoo us into the great outdoors. Even in my mid-twenties I found myself pouring in loads of hours completing Final Fantasy VII or Tomb Raider I, II, and III. For one thing, they’re fun and shouldn’t we be allowed to do something fun? Also, the brain has got to be more active and engaged than passively staring at a TV screen. But I also think something in the brain related to compulsive behavior and addiction has got to be triggered. Jane Buckingham, on a 60 Minutes segment on “Echo Boomers,” calls the video game obsession “visual motor ecstasy” and suggests it has something to do with the need for immediate gratification (a common feature of Echo Boomers). What’s scary is the way it unleashes a person’s addictive nature.

Sometimes it seems our kids would just run around in an endless loop of addiction-related behavior, sprinting from one source of sugar to “screen time.”

It’s become a hot topic these days. My co-publisher at C&R Press, Ryan G. Van Cleave, suffered from his own gaming-related issues, which he shares in, Unplugged: My Journey into the Dark World of Video Game Addiction, and has tapped into a plenitude of speaking, TV and radio engagements. People are looking for answers.

What’s a parent to do?