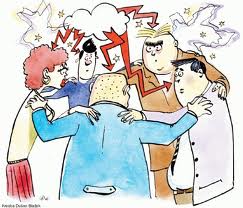 I’ve always loved it. This whole idea of team everything and working together creatively in a non-judgmental way. But what if the evidence proved that collective brainstorming really doesn’t work? The idea of brainstorming, which actually began with the publication of  in 1948, Your Creative Power by Alex Osborn, is like religion in a lot of work places. And you can see why. When the idea is to go for as many ideas as possible, for quantity over quality, for not critiquing or censoring anything so that everyone will talk and feel like they’re contributing, you’ll naturally have a more engaged and happier work force.

In a recent New Yorker article, Jonah Lehrer, argues that brainstorming is a myth, and quotes Keith Sawyer, a psychologist at Washington University, who summarizes the science:

“Decades of research have consistently shown that brainstorming groups think of far fewer ideas than the same number of people who work alone and later pool their ideas.”

Is it true, then, that we really work better on our own as compared to those who gather to brainstorm? Not exactly. It’s just that not all brainstorms are created equal.

It’s not that group work is all bad and the new turn should be to send everyone back to their rooms until further notice. It’s that there is a fundamental fallacy behind the notion that even the merest hint of criticism kills the “delicate flower” (as Osborn once called it) of the creative impulse. In fact, recent research demonstrates that while it is good for a group to feel free to be wide open to all ideas, the best work comes from those who also debate and even criticize others’ ideas. Dissent stimulates ideas. 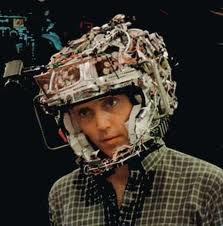 You know what this makes me think of? Writing and reading book reviews. After graduate school and years of workshops I had a deep aversion, a kind of pendulum swing over-reaction to anything that smacked of the “critical” or the chin-thrusting fastidiousness of an elitist snob or judge. Then, Gerry LaFemina asked me to write an in-depth review for Review Revue, a newspaper-styled format which evaluated and discussed contemporary poetry. For some reason, the timing was right I guess, by virtue of reading analysis of other poetry I felt an intellectual hunger and an emotional creative drive. In other words, I was creatively stimulated doing what is considered a non-creative task, the reading and evaluation of others’ work. I realized the act of reviewing is a kind of collective communal act in which one puts one’s own (hopefully informed) opinions in the public sphere for the mutual benefit of driving the art.

It’s not like all creative brainstorming doesn’t come back and evaluate the effectiveness of what the open-ended creative sessions yielded, but studies indicate by a wide margin that when the creativity is developed within the context of specific, controlled measures of creativity and debate, that the time is used more effectively. Criticism can wake us up to new ideas because it forces us to move below the surface of predictability and consider alternative perspectives. Essentially, it wakes up our minds.