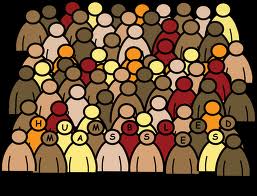 No matter how progressive people think they are, we’re generally afraid of change. Okay, that part is understood. We fear the unknown and all that. But my question today has to do with digital media and the great fear and resistance to it.

Do we fear the sheer amount of those we’re confronted with when it comes to the availability of material through the online and digital world?

Of course I understand that we can always go to a library or a bookstore and see the sheer volume of material and possibly feel the same way. But for some reason, I don’t think it works the same way. Here’s why. Libraries and bookstores aren’t as current. It’s understood you’re walking through a “history” of material as much as what’s current.

Maybe we’re intimidated by the sheer immensity of data from the digital world. For instance, for $19.95 (I’m not kidding) I was able instantaneously to “whisper” 12 of Jose Saramago’s novels to my little Kindle. Other than the final novel published posthumously (Cain), that was the genius Portuguese author’s entire body of work. Forget the price. Forget the availability. Just think of the implications. Have you ever gone to a bookstore, used or one with the clean and stimulating Starbuck’s smell of a Barnes and Noble, and purchased 12 novels (say, even 10!) by the same author? Not only are we swallowed up as readers, but we see before us how our content is swallowed up in microchips. 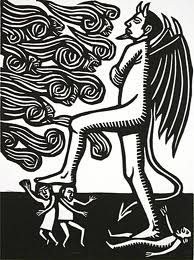 Not only that, but it seems like we’re swallowed up by having less means to distinguish ourselves from each other now. It used to be so simple, right? Get published by such-and-such press really meant something. But it’s becoming less obvious who’s really writing the best material now and how to identify them. Greatness used to mean you were on top of others in a fairly clear hierarchy. Will it be harder to identify talent now? Harder to find those gems? Harder to rise to the top from sheer skill?

The national creative writing conference, AWP, begins this week and each attending writer will be faced with thousands and thousands of other writers. Isn’t it enough that we live our lives hearing about the “sheer amount” of submissions that literary agents, publishers big and small, and magazines and journals of all shapes and sizes, that we spend our time perpetually getting off “the slush pile”? We all want to be the 1% let in through the gate. Why? Because we’re special. Not only that, but we spent a lot of time on this stuff. Sacrificed!

What happens, though, when we really do throw open the gates to the other 99% protesting on the other side of our elite resting place? More importantly, how we will ever make a name for ourselves? How will anyone be remembered for all time like…T.S. Eliot? Or if someone is, how will it be anything other than random chance and pure luck?

Well, to that I do have an answer. It already is.