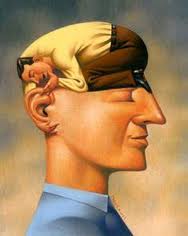 Does pop music “ruin” your brain? That seems a little extreme, but the days that I listen to music (pop or otherwise) for long stretches, whether it’s driving or sitting in my office and writing with something instrumental playing in the background, after a while the music becomes stale. That’s about the best I can describe it. I know it’s anecdotal, but I think the brain literally fatigues.

As I understand, one of the reasons we’re not supposed to even talk on the phone and drive is that the same part of the brain that processes language is the same part that is making the moment-by-moment decisions as the road comes at you. You can’t give the same full attention to both things at the same time. It’s the same basic reason for why you’re not really “multitasking” when you’re checking out your Facebook page, texting your friend, and watching the latest episode of “Modern Family.” Your brain just spreads its attention thin.

I guess, when it comes down to it, listening takes concentration. Just ask your therapist. Of course, there are all different kinds of listening, and what I’ve identified here is that even a relatively passive form of listening (background music) takes some form of concentration. In fact, levels of listening are so multi-dimensional (and so well-researched), there are actually brain wave therapy approaches, which do everything from heal the mind, to help it learn better. Basically, they seem to be a contemporary, science-based version of meditation.

Some recent research shows that when we dream we’re improving our capacity to listen and to make memories. Apparently, part of what’s going on when we dream and enter into that R.E.M. phase of sleep, is that we’re forgetting as much as remembering. The mind is putting things in order. Apparently, according to “Dr. Universe,” the way some of this works is that the “currency” of energy in your cells, including your neurons, is molecules called ATP, or adenosine triphosphate. As the brain cells use that energy, the ATP breaks down, leaving all this adenosine floating around in your brain, which theoretically causes sleepiness.

That’s a bit technical for the Hanging Chad. He’s having a hard enough time concentrating just to write this post. One sure-fire technique for making your significant other happy, though, is to put the Rogerian Method into your communication arsenal. Basically, “mirror” back whatever it is they just said. This lowers the volume and cuts down on the need for your “other” to feel the need to repeat. Whether or not it’s something you want to hear? Well, the Hanging Chad can’t solve all your problems!

One Response to “Listen! Techniques to Improve Your Mind…and Relationships”