In tribute to the recent passing of character-actor supreme Philip Seymour Hoffman this post intends to both capture a revealing glimpse of him after the screening of his film, Capote, in 2006, about a year after the film was shot, as well as to give a positive takeaway with two novels by Richard Ford that he shared on Oprah as serving as inspiration.

The two novels are about Frank Bascombe, a middle-aged man living in New Jersey. The Sportswriter  begins a few years af

ter the death of one of his children, and by the end of Independence Day, you’ve followed him for the next eight or so years. These are two great books about grief. Bascombe doesn’t sit in a corner and weep, but you know that his life has been affected by that loss. He used to be married. He used to have a family. It’s also incredibly accurate and illuminating about how men think. At the end of the first book, Bascombe wonders if one effect of life is to cover you in a residue “of all the

things you’ve done and been and said and erred at.” In that instant, the veil lifts, and he feels a sense of being free again. But he also realizes that this lightness won’t last. And, worse, that it might not come again.

Oddly enough, the interview below takes place in the exact same place that Capote‘s In Cold Blood debuted for the first time at 92nd Street Y’s Kaufmann Concert Hall in a surprise reading by the author way back in 1964.

“I had a gut instinct,” he says, for the role in which he lost 40 pounds–and gained back within the year. His intuition for the role had less to do with the story itself than it did with Hoffman’s identification with Capote’s life.

Annette Insdorf: “Did Capote have a tragic flaw to be recognized?”

No. You don’t…I don’t want to sound like it’s therapeutic…but you know what? A lot of life has to do with the dead pet. And that’s just the truth. That’s the fuckin’ truth, man, and it has to do with not getting picked for the team. It has to do with your mom not talking to you for two weeks when you’re ten. It has to fuckin’ do with that shit. You know what I’m saying? It’s like you go to talk about that shit and no one’s listening ’cause it’s like ‘you know, I don’t care, your life. I’m not interested.’ But you know I had to deal with the story about his mother. I knew it had to do with him being locked in his hotel room by his 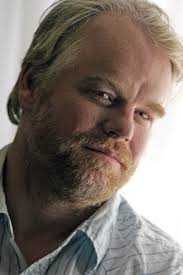 mother for 24 hours when he was like six. And there was like years of this kind of abuse. Not that anything like ever happened to me, not like that, but I had to think, What does that do to somebody? Well, probably when they get to the point where they’ve violently pushed whoever did that to them away. You know like to his mother, said ‘You’re gonna get the fuck out of the way. And so are you, Dad. And I’m gonna walk into the world and make sure no one leaves the room again. Ever. And if anyone ever leaves the room again they are dead and we are gonna make sure they’re dead. You see, it’s almost violent. It’s impassioned in such a way it can’t be controlled.

Hoffman laughs at himself and says, “I’m doing so much talking.” They laugh and encourage him, and he goes on.

So what’s that about? It’s about love being rejected at some point. It’s about love being given with such openness and rawness that somebody actually takes it and not only spits on it but throws it away. And that’s how the love has been treated. So your need for that love is going to be bigger than you’re capable of dealing with. It’s never going to be enough. Never going to be able to get enough love, the right kind of love. It’s never going to be consuming enough. Those are the core issues. And when you start looking at him at this point in his life you start to see how the story at this point in his life might play out the way it did.

The private tragedy can’t happen unless that’s how love has been expressed.

Insdorf: Once you’d gotten the voice down did you keep using it?

You don’t really “become” the person like they say about some actors. You have to rewire your brain. You have to train. It’s exactly like training. Throughout the day, the voice and the physicality is so hard to get that if you put it down, if you let it go, it’s so hard to pick back up again. You keep it up throughout the day and then you put it down at the end of the day and go to bed. It’s not so much the psychological thing, it’s more like the physical.

On why he turns down major motion picture roles.

You want to try and control your life. You want to make plans. You want to believe that you’re making plans and moving ahead but really you’re not in control except for the small things. I don’t know sometimes you can’t make up your mind. Sometimes you’re busy. Sometimes it’s not a good time to make a decision.

Other topics the interview explores: what kind of research goes into the process; asking the really important questions: why, on a personal level, it’s important to attach to a role; what role does the stage play in his life now.

An raw, unguarded glimpse into Philip Seymour Hoffman eight years before his death.