James R. Flynn has dedicated his life to the study of moral progress in the 20th and into the 21st century. Author of Are We Getting Smarter: Rising IQ in the 21st Century and What Is Intelligence?: Beyond the Flynn Effect, Flynn’s views have become popularized partly from the ‘Flynn Effect’ and from Malcolm Gladwell who has shared his ideas for at least the past seven years. We’re also seeing similar ideas expressed through a wide variety of compelling speakers, thinkers, and writers from Steven Pinker, to Rebecca Goldstein, to Jonathan Haidt, to Peter Singer.

The ‘Flynn effect’ refers to the massive increase in IQ test scores over the course of the 20th century. Does it mean that each generation is more intelligent than the last? Does it suggest how each of us can enhance our own intelligence? Flynn points out that some things are quantifiable and easy to demonstrate (ie–how many swans are black), but some are less accessible. He takes a cautious, deliberate look through historical as well as scientific factors to discuss not only the evidence but the apparent contradictions or paradoxes that evolve with this new potentially earth-shattering information.

“The massive IQ gains…represent nothing less than a liberation of the human mind. The scientific ethos, with its vocabulary, taxonomies, and detachment of logic and the hypothetical from concrete referents, has begun to permeate the minds of post-industrial people. This has paved the way for mass education on the university level and the emergence of an intellectual cadre without whom our present civilization would be inconceivable.”

A fascinating and unique book that bridges the gulf separating our minds from those of our ancestors a century ago, and makes an important contribution to our understanding of human intelligence. 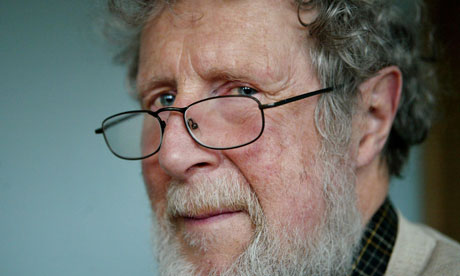 Starting around 9:30 in the video below he begins discussing the human propensity for violence deeply implanted in our genes.

“You have in men, originally, a strong violent proclivity. Among women genes were selected for survival if essentially they domesticated men to the point of helping them to raise children more successfully and their offspring were propogated.”

“There was a tendency to select for nonviolence. Even in hunter-gatherer societies…Even the most dominant male shares in the kill. And if the others believe they need to get rid of this guy, they can do so cooperatively. So when we move out of the almost pre-human stage of human evolution into the hunter-gatherer stage there is already some evidence to curb the violent tendencies of the male genes.”

He suggests that the tendency toward violence of “others” outside the tribe was a gene that did not see as “radical” a change in evolutionary history. Although, Flynn notes, even that has changed.

“With the outstanding exception of the Nazi genocide, the 20th century among the major nations was a model of behavior compared to the 19th. Up until the 19th century it was almost as if every major power was going to war with each other every so often. They’d war even on the most trivial occasions, often as a point of honor.”

Even terrorism is down, he says. We just become more aware of the sensationalism of the big moments. If you mark the lives of those who have died throughout the years, you see that these activities are gradually and consistently trending down, what he says moral philosopher Peter Singer calls, “the long piece.” The “short piece” is that it’s become wrong over recent decades especially that you’re not going to increase your dominion with violence.

10 Responses to “James R. Flynn on Intelligence Then and Now”