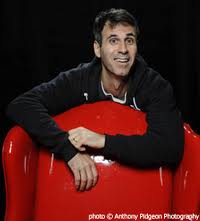 A Writer Wants: A publisher that looks cool! Is there any writer who doesn’t? I have to admit that C&R Press has a lot of work toward that end of re-branding. Up to now, it’s just another way we’ve cobbled things together. Appearance is downright crucial. The right appearance immediately says all sorts of professional things about a press, doesn’t it? It invites a certain kind of writer. When the aesthetic is nailed throughout, you can immediately get a sense of the kind of material a press represents. This should be one of the main ways a publisher gets creative. It’s what we’re hunting down as eager-beaver writers.

A Writer Wants: A publisher that is good at marketing and PR. This is something that most smaller presses usually lack. Well, the truth is, other than some major budgets for hugely anticipated commercial successes, marketing is pretty lame from the vast majority of publishers. Which is too damn bad, isn’t it? It can really be a catch-22 for publishers. So long as they never have the budget to promote and market, they’ll never see enough sales to justify it. Their existence, should they even be able to maintain it, will begin at the lowest level of survival, which is merely printing the book in question. It may sell enough to at least break even or make a few dimes for the publisher and pennies for the author–none of whom did anything more than set up a few readings and reviews and dream a little dream. There’s always the vita validation for the writer. Some writers want or expect this.

A Writer Wants: A community of other fantabulous voices. A place where there is a kind of honor being among the collective, a natural validation.

A Writers Wants: Different things from different presses. We’re people. We want things. We have varying expectations. I read somewhere that they did a study of writers asking them if they were to receive the exact same advance, would they choose to stick with their same publisher, or go with the new one. Only 37% chose to stay with their publisher. Why is that? Is it the allure of something new? Were these writers expressing a normal authorial angst? Are so many publishers failing to live up to the expectations of their job? Is it that book sales turn out to be an expectedly tough undertaking for writers who mostly just want to write the next great thing? Hanging Chad wants to know!

A Writer Should Want: What a publisher wants. Sure, we all want to go viral and become permanently famous. Statues made in our honor? Check. Grave sites visited by flocking admirers, slowly wearing away our epitaphs? Check. Our houses turned into museums? Well, yeah. It’s good to be optimistic. But writers should be realistic, too. If you’re willing to work hard for it, invest in it, develop a brand around it, then great. Do you really have the kind of content you’re ready to get behind over and over again on the streets and in the towns before you blithely extoll your content’s virtues to a publisher? If the bottom line truth is that writers should expect a bigger slice on the royalty scale then shouldn’t they be willing to take a more active role in the promotion and dissemination of their role as brand creators?